In this episode, we interview a prominent marathoner and coach in the Ukrainian running community, Eugen Godun. He is from Kharkiv (recently taken over by the Russian army) and his current hometown of the last 2 years is Kyiv, which is currently under siege with the entire world hanging on edge. As might be expected, we talk less about running, and more about what things have been like this pat week for him, his family and friends. We get a pulse for the thoughts of Ukrainians right now, discuss the challenges of balancing one's family safety with the desire to fight back against unbelievable odds (a powerful and mostly uninformed Russia due to lack of press freedom under the de facto dictatorship of Putin).

Did we mention Eugen is an incredibly talented runner and supports other aspiring runners throughout the region?  He has run the Kharkiv marathon and multiple long distance events across Ukraine (Sumy, Poltava, Odesa and Kyiv), along with 5 of the world majors and was slated to be in Boston a month from now, but this future is uncertain due to the current situation in his home country. 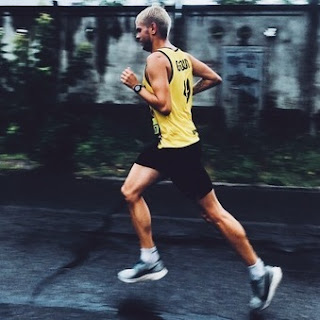 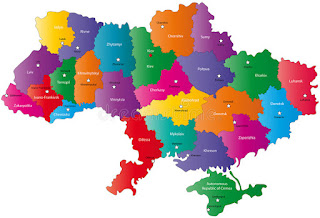 From his perspective, Ukraine's people until recently enjoyed freedoms under a completely democratic government and were very grateful they were moving towards the European Union under their elected president Zelensky. In fact, they overthrew a pro-Russian president (perceived by many as a puppet) less than a decade ago in 2014, to earn the right to determine their own destiny, and bring back power to the majority of the population. The overwhelming majority of young people in the Ukraine favor moving towards the West, rather than moving towards their neighboring Russians, and this war will certainly convince any doubters of that decision. This has moved to such an extent that the Ukrainian language has become a powerhouse of literacy and music. Eugen shares a bit about his own decision to shift to "only Ukrainian", despite his own Russian heritage. He is at the moment safely in the western part of the country, which has until now escaped fighting and been a safe corridor to seeking refuge in neighboring Poland, Slovakia, Romania and Hungary.

From a personal perspective, as a former Peace Corps teacher in Eastern Europe (Romania) and international relations/economics student in Budapest, I know the people of this region to be peace loving, committed to freedom, and extremely community oriented, who also suffered much under "communist" USSR. This included limitation of free speech, economic opportunity, mobility, as well as religious freedoms. No one is willing to return to these limitations of human rights and dignity, as they have fought incredibly hard to gain the freedoms they have, and their connection to the wider world. We in the running community from all I know are praying for a peaceful solution, yet are realistic that autocracies seldom yield to the welfare of others, and the rights of those they believe they can control. History has proven otherwise, and we would encourage anyone to work towards helping the autonomous people of Ukraine to again prevail, have the right to determine their own destiny, and suffer as little as possible in that quest.  Here are some causes / things you can do RIGHT NOW to help, in an article published by NPR:  https://www.npr.org/2022/02/25/1082992947/ukraine-support-help

You can also stay up to date on everything happening in Eastern Europe via New York Times Live Updates.  and make comments/post questions here. Feel free to share with us also, or reach out on our social media @runninganthropolgist.  Our hearts go out to all those suffering needlessly. May peace come quickly!

Posted by The Running Anthropologist at 10:26 AM