Episode 48 is available wherever podcasts are heard, including Anchor, Google, Spotify and Apple Podcast Apps! 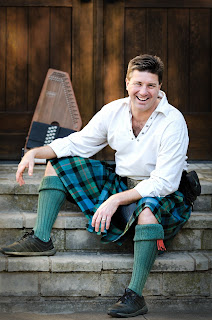 Marc Gunn is an acclaimed musician and storyteller, on the cultural rhythm and lore of history and fantasy, and hosts the most popular Irish and Celtic music podcast out there, performs and produces his own fusion music on the autoharp, as well as hosting cultural tour "invasions" of all places Celtic!

In this episode, we are treated to some of his uniquely Irish-American wit and story of how he began running during the 2020 pandemic, and just kept going! Great for runners of all levels to hear, he recounts why getting started can be difficult, but the joy of discovering newly being able to run and run and run, such as in his favorite running film, "The Gods Must be Crazy". He also treats us to a few of his original songs, and his exploration of albums over time, which also explore how the Irish diaspora has influenced folk, rock, pop and even jazz in the United States. 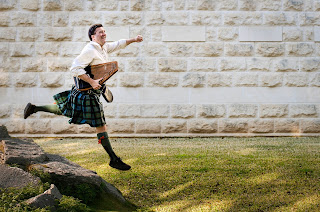 He calls his unique genre "Sci F'Irish music", which fuses his love of science fiction, fantasy, and comedy with his Scots-Irish heritage. In this episode, we feature songs about elves, hobbits, dragons to cats, all of course mixed with some familiar Irish pub tunes. He's topped the charts on iTunes and Amazon and won numerous awards. He tells us about "Selcouth", which means “when everything is strange and different, yet you find it marvelous anyway.” About the Celtic Invasion Vacations he plans and leads: "These are small groups of people who want to not just see famous sites, but to experience their culture, history and legends".

What is Celtic exactly? We get into the diversity of Celtic culture, from Scotland and Wales to las Celtas in Galacia, Spain to Celts in Brittany, France, and of course the roaming global Irish expats, who have plotted little cultural embassies in every corner of the globe through Irish Pubs. Marc is open and enthusiastic towards discussing a wide range of interpretation of Celtic culture and influence, from Renaissance Festivals to SciFi fantasy conventions, which allow us to again have a sense of wonder and imagination in a world that is too often confined by stark borders of "what is really xyz, and what is not". Indeed, much of the history of Ireland is transmuted through song and lore (oral storytelling and written prose), an artistic view of a world that interweaves the spiritual fabric into everyday life, and interpretations of the natural world.

Songs we feature in this episode, in order of appearance:

Check out his website and podcast https://celticmusicpodcast.com/ , runs/walks or movement in any form to some beautiful and well curated music from a diverse array of global musicians, there are sure to be some fun times, some energetic times, and some downright enthralling stories in his music as well: www.marcgunn.com

You can also find/follow his music on Youtube and Spotify!

Posted by The Running Anthropologist at 8:04 PM No comments:

Episode 47: "The New Civil Rights Movement and Our Relationships" is available on most podcast Apps, including Apple, Google, Spotify and Anchor, starting on Labor Day Sept. 7th 2020! 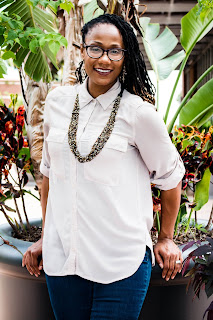 "Failure happens. At times, things do not go as planned. But, I’ve learned that even failure offers a road to success. I treat every experience as an opportunity to learn and grow beyond my fear; to live courageously and on purpose."- Jomil Bell

Jomil Bell joins us for a special Labor Day edition of the Running Anthropologist, tells about her work of highlighting American stories within the context of "The New Civil Rights Movement". She also reflects on personal movement of the body-mind-spirit, and creating change from within through relationships- with self and others. Jomil is a Dual Certified Life & Relationship supporting others in building healthy relationships, with self and others. By exploring our individual and collective stories, we can learn much more about what motivates us and how we might "move". Jomil comes from a familial line of social rights activists and organizers, and furthermore believes strongly in the power of movement and connectedness to our natural environments, weather that be from run/walking, swimming or biking. In her life coaching, she shares some great examples of victories brought about by nurturing these connections with body movement and building a positive relationship with oneself, and the stories one tells oneself.

We also discuss Relationship Coaching specifically, an effective system of support that allows many to overcome fear, change habits, and achieve personal goals.  We discuss how life coaching, specifically relationship coaching, provides fuel and tools for the holistic healing of social relationships and the systems that shape our lives. She also discusses her most recent project of telling stories of Black Americans through the Griots Podcast., which has had an amazingly introspective and timely take on what is going on in America.

In terms of healthy relationships, Jomil notes that "by reflecting and re-calibrating the internal relationships we have with the systems that socialize us, we can shift our relationship and the paradigm with those systems".

On a more personal level, Jomil is a wife and mom of two vibrant little girls, the creatress of a women's empowerment movement, a poet, the author of a self-coaching workbook, the creator and content curator for The Griots Podcast. For more information about Jomil, and all the work she does in coaching individuals and teams or holding workshops, please visit: www.jomilbell.com

Posted by The Running Anthropologist at 8:28 PM No comments:

The Running Anthropologist
This project is dedicated to exploring the culture of running and movement as therapy. Its goal is to share the inspiring people, places and practices that shape us and give us new insight into the dynamic balance of body, mind and spiritual life. Started by the linguistic anthropology and education folks at the University of South Florida, and hosted by Mark & Meghan Lane-Holbert, we strive to share the best practices in our run/walking communities through exploration. Part of our mission is to share the diversity of running culture, to take joy in the joy of others and truly build others up through sharing both successes and failures openly. Please comment here, or visit our Facebook/Instagram page to send us a message, and recommend someone to be featured on our podcast! @RunningAnthropologist https://www.facebook.com/runninganthropologist/