Episode 62 can be found on most podcast platforms, including Apple, Spotify and Anchor!
Chris Twiggs is the Chief Training Officer & National Program Director at Jeff Galloway Productions. He has the inside track on the magic of Walt Disney Word races, and has run every Disney marathon himself since its start. He also knows the Galloway method from top to bottom, as he has used it in every marathon since his first one! And countless other races, including 100 mile ultra marathons, pacing and training others to achieve their goals. 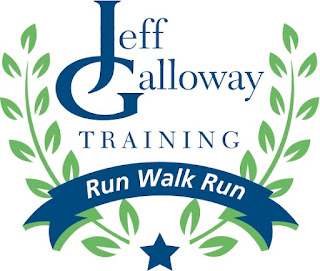 In this episode, we discuss all things pacing, and specifically why it is so important in distance running, but especially by reflecting on this past week at the WDW Marathon Weekend and Galloway training/groups. Run-walk-run adjusts to one's desired speed using walk:run ratios to fit any pace/goal, and has a nation-wide support network of training groups for support. I had the honor of pacing the 4 hour marathon group this year for him, and it was one of the best experiences in my 20+ year running career; the positivity and spirit among the runners was palpable the entire way, as we supported and cheered on one another. Notably, Jeff Galloway's son Westin Galloway also ran a sub-3 hour marathon using only Galloway training plan and run-walk-run method throughout this past weekend!
Chris also offers individualized training plans to those who do not have a local Galloway running club to lean on. You can also check to see if there's a Galloway chapter/club nearby, and then contact him if you have a goal race coming up or just want to get started!
Enjoy challenges and solo walk-running? We also discussed the upcoming Phidippides interactive challenge, that Jeff Galloway is doing along with Dean Karnazes: https://runsignup.com/Race/GA/AnyState/PhidippidesChallenge
"It is a great cultural running experience to do from anywhere... Run, walk, hike and move back to 490 BCE when the founder of our sport, Phidippides, changed the course of history with this run.

The Greeks invented the culture of running.  Not only did they create the world’s oldest sport through the Olympics (from 776 BC), but non-competitive distance running was also a profession in ancient Greece, as “all day running” messengers (hemerodrome) would run cross country for as much as 100+ miles a day to negotiate treaties and business deals, etc..

We challenge you to follow in the footsteps of Phidippides--the most famous “all day runner.” Along the way you’ll learn about the origins of long-distance running and how this run played a role in the creation of democracy.  During the last segment you’ll be pulled into Athens for the dramatic conclusion on the same course that imbedded Phidippides and Marathon into the history books and inspired the running of the Olympic Marathon which debuted on that route.

Join us and connect to the rich history of distance running with scenic views, landmarks, and a fun podcast which brings out the personality of the hemerodromi (the all day runners). Whether you take several days or several months to complete the challenge, you’ll enrich your running experience.  So lace up those shoes and let the discovery begin!"

Connect with us!  Please share this episode and follow us @RunningAnthropologist on Instagram or Facebook, or you can read more about this episode and all past ones, or send us a message at: www.runninganthropologist.com -- Until then, we hope to see or hear you on the road and trails, and Happy Running!

Posted by The Running Anthropologist at 5:50 AM No comments:

Episode 61 is available on Apple, Google, Anchor and Spotify, most podcast apps!

In this episode, we sit down to discuss Ultra running from a relative newbie who has had tremendous success, my friend Newton McCollum. We talk all things running that someone new to trail running and ultra running might need to know, including some of the differences between flatland running and mountain running. Newton also recently moved to Boulder, Colorado, so we discuss some of the differences in running culture and training. We also talk patience and pacing, which are perhaps the most difficult aspects of distances beyond the marathon, known as an "Ultra". This might include popular 50k, 50 milers or 100 milers, or beyond! 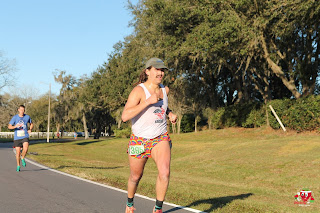 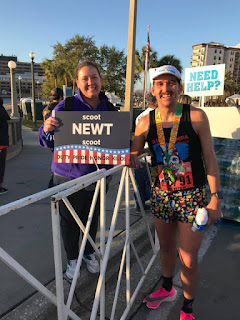 We also discuss the difference between time and distance goal events, including the Florida-based events: Tick Tock Ultra, Croom trail races, and of the Long Haul (100 Miler), Daytona 100!  We finally talk about nationally known races such as the goal race for many ultra athletes: "Western States", the Leadville 100 Miler (which he ran in 2019), and his upcoming Moab Arches Ultra.  To be sure, mountain training has been a huge adjustment for Newton, but one which he revels in as he clocks thousands of miles in elevation some weeks in Colorado. You can follow Newton @newtscootandboogie on Instagram, and check out his recent adventures and upcoming ones on Ultrasignup!

Please message us @runninganthropologist on Instagram or Facebook, or you can send us a message here in the comments section below. Until then, hope to see you on the road and trails, and Happy Running!

Posted by The Running Anthropologist at 7:08 PM No comments: