Episode 26 is available on most podcast apps, including Apple, Google, Anchor and Spotify! 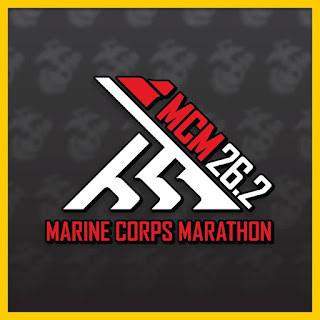 Perhaps no other marathon inspires more self-acclaimed "non-distance runners" to run a marathon than the Marine Corps Marathon (MCM), and perhaps no other races commands more allegiance and dedication than this one.  Those who run it say the emotions and support are visceral, tangible and undeniable.  It could be the Marine Corps Bands, the brothers and mothers running in honor of their siblings, sons and daughters, or simply service members who take great pride in their affiliation to the Nation's Capitol and their fellow service members' participation.  Finally, the entire course is laden with tributes and music, monuments and national treasures to be seen around every bend. If you are looking for some inspiring and harrowing stories this fall, look no further than MCM.

For those that aren't aware, MCM is a year-round venture and our first guest Matt O'Neil knows this extremely well, having won all the major MCM events this past year, after having to cut his first MCM marathon attempt short in 2018 due to "poor training/unpreparedness".  He also gives us a great preview rundown of all of these events throughout the year, and the culture of a year-round MCM runner, from trails to pavement.  He talks about some of his development and work as a runner since cross country teams in college, and why the marathon was a logical next step for him.  As a hometown favorite from the DC metro area, he has lofty goals (hoping to place in the top 3 finishers), and has a unique perspective and also shows us what it's taken to reach this place-- the benefit of sticking it out and learning from mistakes of the past, in terms of training especially.

Mike Parks also tells us about running a first, attempting his first Ultra with the MCM, after 4 years of running the marathon with Team Leidos.  He explains all that the team does, including his work in nearby Reston, Virginia and around the globe supporting medical systems. As part of its company mission to make the world safer, healthier and more efficient, scientists and engineers work every day to solve critical challenges across the globe. In fact, 21% of Leidos’ workforce are military veterans, and the company has a long-standing commitment to supporting military veterans and their families. In addition to the Marine Corps Marathon, they support many non-profits geared towards members of our armed forces. To name a few: Injured Marine Semper Fi Fund, Wreaths Across America, Association of the US Army Aberdeen, Air Force Aid Society, Coast Guard Foundation, American Veterans Center, and Paralyzed Veterans of America. This year, Team Leidos which Mike runs with will have 346 runners participating in the Marine Corps 50k, marathon, and 10k events. If you’re running the race, say hello to Team Leidos volunteers at Water Point 10 and at the Finish Festival where they will be on hand to support all racers! 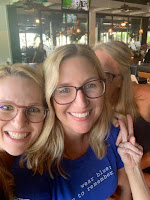 Rosanna Powers embodies the spirit of the Marine Corps Marathon in many ways, and became a runner after having lost both her brother and fiance during their service abroad as marines in Iraq 15 years ago.  Rosanna is herself a marine, and therefore shares a special history and comraderie with many families and service members that she runs with.  The "Wear Blue Run to Remember" movement and MCM running community were a lifeline to her at an important stage in her recovery from loss, and have provided a way to both give back and to stay connected to them. She describes how volunteers share to run miles for lost loved ones of others across all branches of military, and this makes her get out every day and run. In her interview, she encourages us all to support this movement and help spread the word about it to others... As such, we have provided links below and hope that you would consider sharing and supporting this awesome team of runners & MCM year round events. 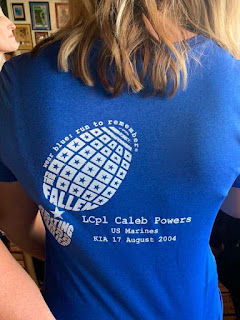 https://www.marinemarathon.com/
Posted by The Running Anthropologist at 6:57 PM