Episode 44 can be found on Apple, Spotify, Anchor and Google and most podcast apps!
https://marathonmarko.com/about/
Follow Marko on Instagram @marathonmarko
Have you ever met a person who is so incredibly filled with positivity, you know that they cannot fail no matter what is thrown at them?  That is Marko Cheseto in a nutshell, and in this interview he discusses why this comes naturally to him, based upon growing us with challenge as part of every day in rural Kenya. Yes, Marko is a world record holder, a para-athlete and spokesman for social justice, but he is also an abundantly proud father and husband whose naturalized citizenship is spoken of with honor, but who still clings to and supports rural Kenyan villages that he also calls home. Part of his attitude and willingness to engage in "difficult" things is due to his humble community origins, and lessons learned about success coming from hard work, daily progress. Each time he has put in the work required, things happen. This analogy carries later into the episode about the hard work our nation has ahead of uniting and facing age-old problems. Not only was he a collegiate athlete at the University of Alaska, Anchorage, but he used this experience to learn and travel across the United States, soaking in the diverse cultures of the US and appreciating the opportunity. He was a successful collegiate athlete, but his true successes came amidst one of the greatest challenges to his life and running career: losing both of his feet to frostbite after being stranded in the ice while on a run in Alaska, for 56 hours! It was not until 2018 that he found his stride again in competitive running, this time as a dual prosthetic blade runner in the New York Marathon, finishing in an incredible 2:52:33 in his debut marathon. However, 2019 would be come his record-setting year as he finished Boston in 2:42.24 and went on to set the world record on the Chicago Marathon course in 2:37.23.
Marko has a great deal to share with us in terms of racial and social justice, and how we should look at the concept of independence. He recalls that Kenya won its independence as an entire nation in 1963, but the United States where he is currently a citizen might not consider itself to have full independence until all are free. Indeed, one of our founding principles "Out of many, one" (E pluribus unum) can only be true if all people are free and equal within this system of government.  Reflecting on recent events of unspeakable violence and injustice against people of color in the US, he gives us a challenge as well as some simple steps to do "the next right thing". He also has three beautiful children whom he hopes to raise with his wife in an  era when bi-racial children have nothing to fear, and our institutional systems work for them rather than against them. Sometimes, an outsider's perspective can be just what we need to see ourselves more clearly, and it is definitely clear we are better for having Americans like Marko join our ranks to shed light and positivity in a time when so many are lost, depressed and searching for answers.
Marko continues to surprise and impress organizations, schools and runners across the country where he speaks and runs, especially in his home state of Florida and at recent Run Disney events. From his website, anyone can look into booking him for speaking tours or supporting his charity of building schools in rural areas of Kenya, please check it out! 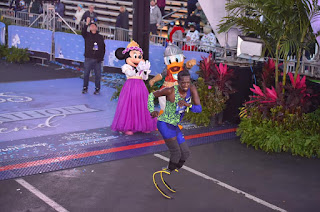 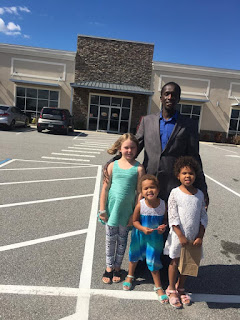